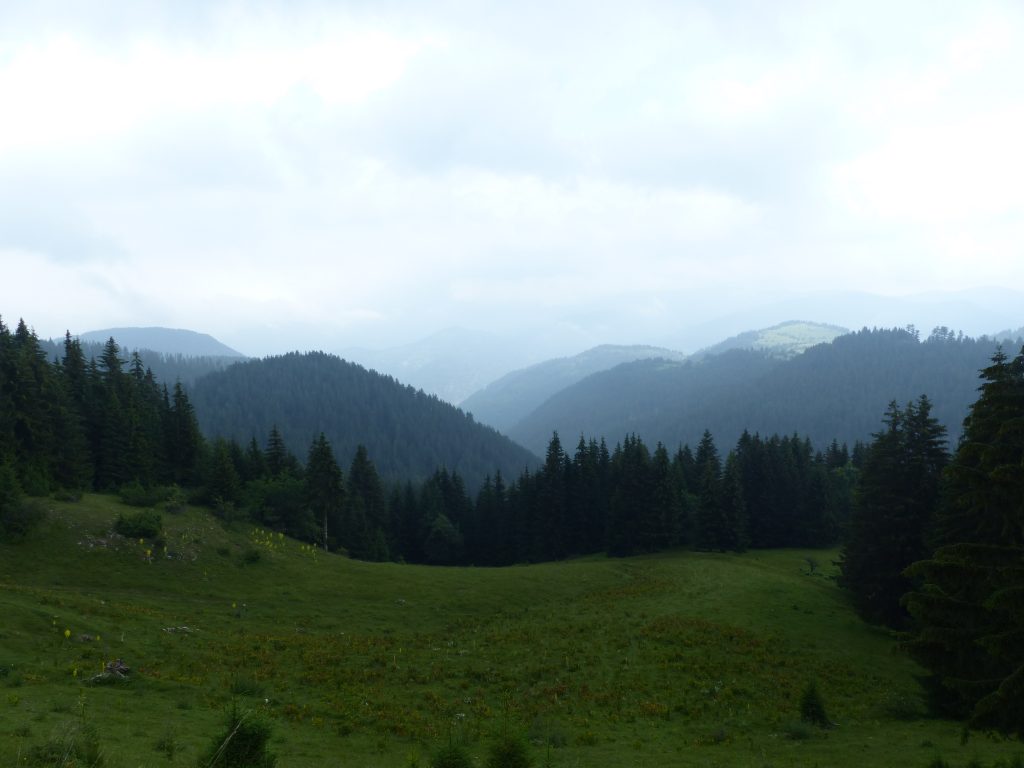 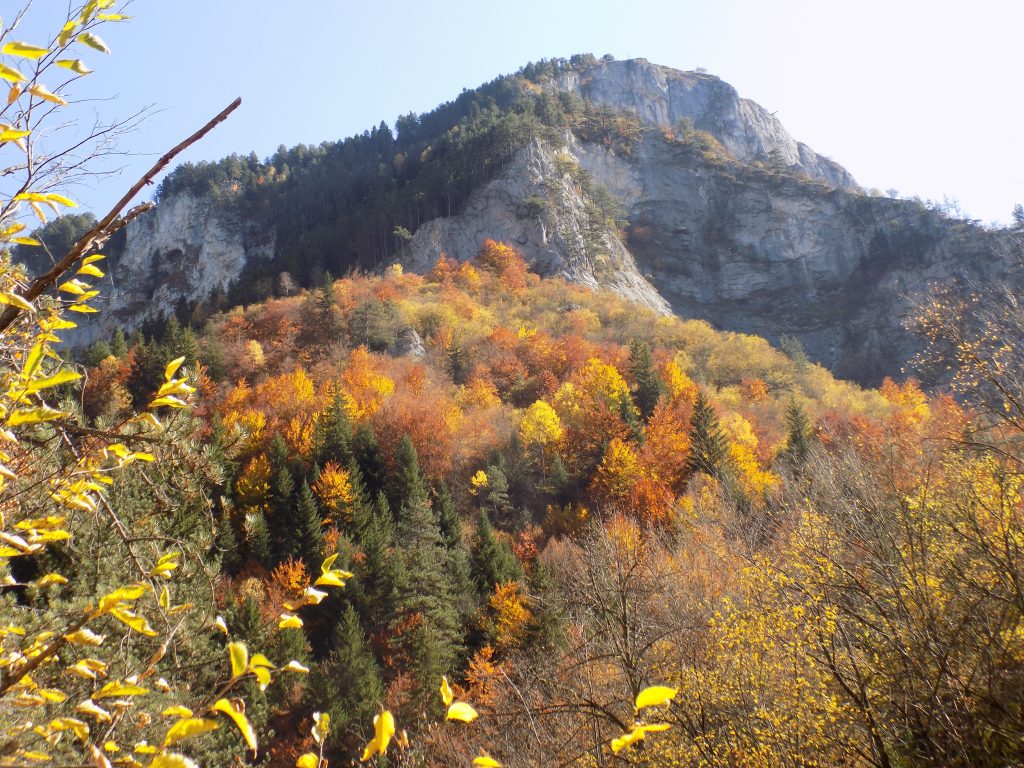 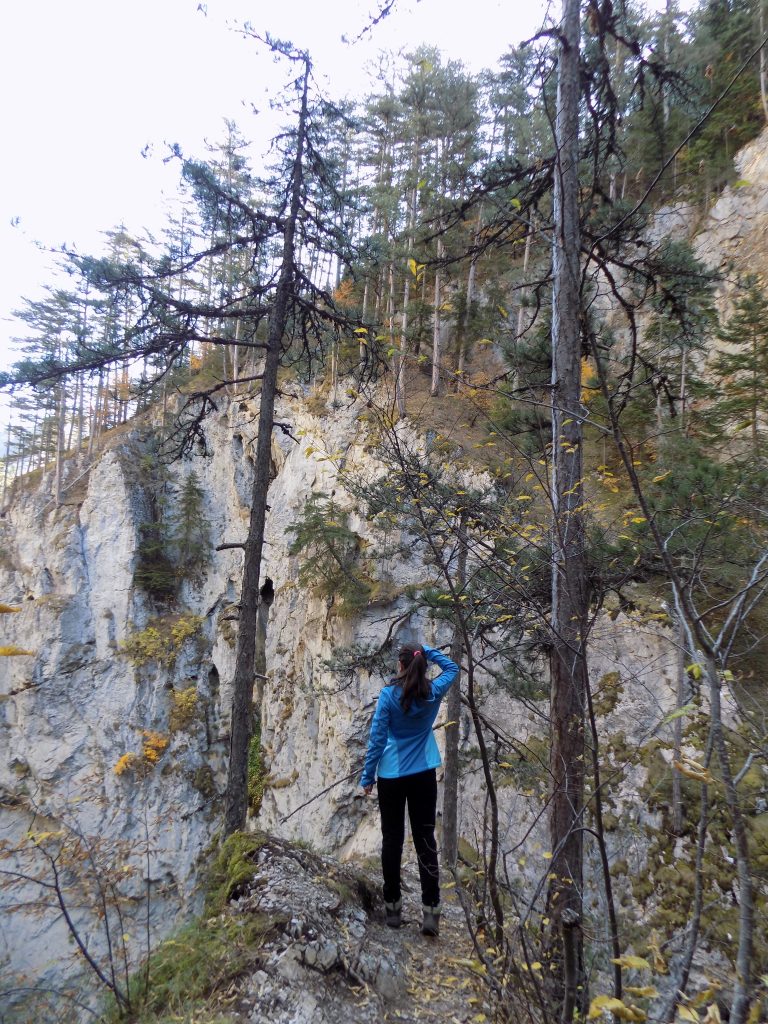 The legend of the Rhodopes was told by the Thracians to Herodotus, the father of history, and he recorded it. It tells the story of the mystical king Hemus, who loved his wife Rhodope so much that he called her by the name of the deity Hera. She, in turn, called him Zeus. In their love game, they unconsciously mocked the gods. Understanding, Zeus decided to punish them. He turned the sinners into mountains that were forever separated by miles. Love like a flower, torn off forever … but not dead, because their memory remains eternal!

The fame of the musician Orpheus spread over the territories of Thrace and Greece. On his wedding day, his wife Eurydice was bitten by a snake and died. He embarked on a long journey to the Underworld, the kingdom of Hades, to save his beloved and bring her back to the world of the living. With his sad songs, he captured not only Hades but also his wife Persephone, who asked the king to make an exception. The king of the dead agreed on one condition – Orpheus must not turn to see Eurydice while they were within his kingdom. The singer broke the stipulation – he wanted to make sure Eurydice was following him, he wanted to see her face – the next moment her shadow disappeared.

Orpheus was left alone in the world of the living. With his music and poems, Orpheus became a reformer for his time, creating a doctrine. The Orpheus Mysteries competed with the Dionysus.

Тoday the Rhodopes are an attractive place for archaeologists, adventurers, poets, wine lovers, people looking for love, and harmony of nature.

BECOME A PART OF THE LEGENDS!

9:00. Welcome to Bulgaria! Pick up from the hotel/airport. Transfer to the village of Dorkovo – 2 hours. The village of Dorkovo is famous for its sites of prehistoric animals from the Pliocene era (late Tertiary). Immerse yourself in the Balkan savannas, where saber-toothed cats, rhinos, three-toed horses and mastodons lived! Visit the Pliocene Park, where we will see a fossil exhibition. From there we go on a panoramic walk to the fortress Tsepina. It was built in the XIIth century when one of the nobles named Alexy Slav disagreed with the rule of his cousin and king of Bulgaria – Boril. For more than 20 years, Despot Slav ruled the region as an independent state.

Lunch stop at Tsigov Chark. A short photo break at Shiroka Polyana and Dospat reservoirs. Transfer from Tsigov Chark to Devin -2 hours. Devin is known for its richness in mineral waters. Accommodation in a 3 * hotel with SPA services. Dinner and overnight.

Option 2: Devil’s eco-trail (small circle) and transfer to Trigrad with a stop for the Yagodinska and Devil’s Throat caves. Duration (on foot): 4 hours. Elevation: 400 m.

Today we will be in the Devin Mountains and we will pass through several gorges – Buynovo and Trigrad; caves – Yagodinska and Devil’s Throat, and we will see the museum of the tar. All the area is full of karst rocks. We will be among coniferous forests of pines, firs, and spruces. In the beginning, we will walk along the river Chitak Dere, which flows into the Yagodinska River, where the Buynovo Gorge is located. Above us will be the Eagle’s Nest, a peak known for its panoramic site and successful marriage proposals.

We will see the landscaped Yagodina Cave, known as the pearl among Bulgarian caves. We will see cave formations such as stalactites, stalagmites, stalactites, and cave pearls. In the afternoon we will have a marked route of about 7 km to the village of Trigrad, Rhodope Tyrol. Arrival in the late afternoon in Trigrad. Accommodation at the hotel. Dinner and overnight.

Option 2 – the route is to the village of Mugla, where transport will be waiting for us. From there transfer to Shiroka Laka and Gela, where the guide will tell you about the national bagpipe competition, the school of folk arts, and authentic Rhodope architecture. Duration (on foot): 8 hours. Elevation: 410 m.

We will move mainly on the Mursalitsa ridge, famous for its herbs for tea. Panoramic views from the Trigrad Gorge await us and we will pass through the protected area Pianata Gora (The Drunk Forrest). Due to the landslide processes, the trees have bent in different directions.
We will have lunch at the Chairski Lakes hut and we will enjoy the views of the lakes of the same name. We continue on coniferous forests and meadows to the village of Mugla.
We will pass through the village, famous for its karst spring. From there, the trail leads us to several waterfalls, and then we will be on the bare ridge to enjoy the peaks that surround us.
The dirt road leads us to the Lednitsa hut. From there, in less than two hours, we pass through the village of Gela, where Turlata peak rises as a guard, where there was an ancient fortress.
Arrival in Shiroka Laka – architectural and folklore reserve. The guide will tell you about the famous people from the village such as the priest Stefan, one of the saviors of the Bulgarian Jews during the Second World War. Dinner in a traditional restaurant with eating the famous Rhodope patatnik. Overnight in a guest house.
Day 4

7:00. Breakfast. 8:30. Leaving the guest house. Transfer from Shiroka Laka to Bachkovo Monastery – 1.5 hours.
Option 1: Bachkovo Monastery – Martsiganitsa hut – Bezovo-Gonda Voda – Bachkovo village. Duration: 6 hours. Elevation: 1120 m.
Option 2: Bachkovo Monastery – marked road on the eastern slopes of the Chernatitsa ridge to Assen’s fortress. Duration: 2 hours.Elevation: 140 m.
Today will be filled not only with natural beauty but also with remarkable cultural sites of national importance dating back to the Middle Ages.
The Bachkovo Monastery is the second largest in Bulgaria. The catholicon of the monastery consists of two churches – “St. Archangels” and ” Dormition of the Mother of God”, which today represent a complete ensemble. The monastery was built by the Georgian Bakuryani family in the XIth century.
Walking tour of the monastery – 30 minutes. Visiting the old refectory, which with its frescoes from the XVIIth century is a candidate for UNESCO heritage.
Our circular route starts from the ossuary of the monastery and we enter the reserve “Red Wall”, which is the largest in the Rhodopes. If you are not tired enough from the previous days, this is your challenge – it’s time for a short Via Ferrata with metal stairs and ropes! We will go through different plant belts – from deciduous forests of oak, hornbeam, and beech, to coniferous forests of pine and fir. The “Red Wall” reserve is known for its animal wealth of amphibians and reptiles, but large mammals such as the brown bear can also be seen.
Transfer to Assen’s Fortress and sightseeing – 30 minutes. If there is time left – a stop at the Asenovgrad Paleontological Museum and a tour of the exhibition, which has fossils of animals that inhabited the Bulgarian lands 8 million years ago.
Transfer to Plovdiv – 40 minutes. Accommodation in a boutique hotel in the center. Dinner in a traditional Bulgarian restaurant. Overnight.
Day 5

Plovdiv is one of the oldest cities in Europe, inhabited from the past to the present! It is the second largest city in Bulgaria with a population of Florence (350,000). Walk on the old streets and marvel at the symmetrical baroque houses, sit in the ancient theater built by Mark Ulpius Trajan and listen to the modern music coming from the academy behind you. Plovdiv is a small version of Rome – and it is built on seven hills too. Walking tour – 2 hours. Free time – 1.5 hours.
Transfer to the village of Ustina -30 minutes.
After the wonderful hikes in the Rhodopes, it is time for the gifts of Dionysius. Bulgaria is in the top 13 for a wine destination and Villa Ustina will give you the opportunity to try a selection of 5 wines produced in the fields below the mountain.
A shortstop in the town of Perushtitsa – a village known since Late Antiquity, and one of the decisive battles in the April Uprising – the culmination of the national liberation movement of the Bulgarians.
Transfer to Sofia – 2 hours. End of the program.
Price

This tour is available from April to October. Please, note this is a hiking trip and it’s not good for people without good health and physic condition. Be in comfortable shoes. The distances in the Rhodopes are great, so our tour includes transport (minivan/bus), where you can leave your excess luggage and enjoy the day.

Come into the mountain of love!